Row one is next to the flagpole. Stones run left to right.
To research information found in these biographies, click here.
Eugene R. Gasper, Army, 1966-1968   Row 22, Stone 11

Loren served his country in the United States Navy from 1937 to 1941, where much of his service was on the battleship, U.S.S. Oklahoma (BB-37), one of the ships destroyed in the Pearl Harbor Attack. During this time in the Navy, Loren sent money home to his parents enabling them to add indoor plumbing and electricity to their farm home. Loren was recalled to duty again during World War II from 1943 to 1945 and was assigned to the Army. His military service included assignments in the South Pacific, New Guinea, South Philippines, Luzon and Japan during which he was awarded three Bronze Stars, the Pacific Theater Ribbon with two overseas bars and the Philippine Liberation ribbon with two Bronze Stars. 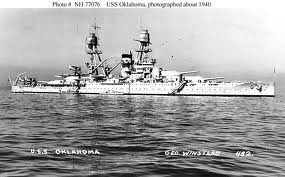 Bob entered the Navy one week after completing his associates degree from ICC.


Bob served thirteen years in the US NAVY as a Nuclear Machinist Mate and obtained the rank of Chief Petty Officer.  He also served two tours of duty as an Instructor at the Naval Reactor Facility in Idaho.  Bob served aboard the USS Enterprise (CVN 65) and the USS California (CGN 36).


Gloria Nyland Holt joined the WAVES on August 21, 1944.  She went
through boot camp at Hunter’s College in Bronx, New York.  Next she was stationed in Chicago at Navy Pier for the 6th War Loan Drive selling war bonds and lived in the Congress Hotel near there. The last place she was stationed was in Suitland, Maryland outside Washington, D.C.

She had many stories of her time in Washington, DC working in the top-secret hydrographic office of the Photogrammetry Department.  That’s where the charts are made for the world’s bodies of water and coastlines.  Aerial pictures were taken from planes of all the coastlines that had anything to do with the war. She would lay those pictures out side by side on the floor in her office. These were charted so the Navy knew where to land and where they could get off the ships. She knew where the next invasion was going to be before it even happened.

One of the stories Gloria told was of walking with a friend by the Washington Monument on May 7, 1945. They were both in their WAVE uniforms. Three men drove up in a car that was labeled with Life Magazine and parked next to the monument. The men got out of the car with camera equipment and asked Gloria and her friend if they would like to go up to the top of the Washington Monument. The photographers were going up to take pictures of the Capitol as the lights were turned on for the first time since the war began. Obviously they jumped at the chance to see such a memorable site.

Another of Gloria’s favorite memories was of being across the street from the White House in Lafayette Park one evening in August of 1945. The rumor buzz around Washington that day had been that Japan had surrendered. As they stood in the park, they saw a Western Union worker on a bicycle turn into the White House with a telegram for President Harry Truman. The crowd in the park started chanting “We want Harry! We want Harry!” Soon President Truman came out on the balcony and announced to the crowd that Japan had surrendered. She got chills up her arms as she told that story years later.

Robert C. Hunt, Army, 1943-1945, Row 8, Stone 7
Robert C. Hunt grew up on the farm in Mackinaw IL, he went to Tremont High School and was pulled out of school in his sophomore year to go into the service.  He was recruited into the Army in 1943 and served to 1945.  He told us stories of his adventures into Normandy, Northern France, Germany, Rhineland, and his time fighting in the Battle of the Bulge which was the last major German offensive campaign.