July 24, 2012
The response to the memorial has been so much that a section of concrete was removed to make room for 72 more stones.  This after the space originally planned for stones became full.  A crew from Stuber Land Design removed the concrete installed the stones. 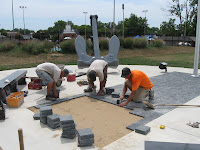 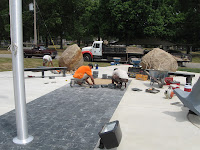 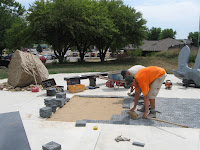 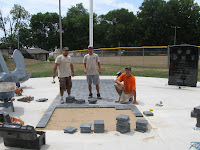 October 22, 2011--Brass plates were installed at the memorial.

October 21, 2011--Holes are bored and rods inserted in south boulder to secure it. 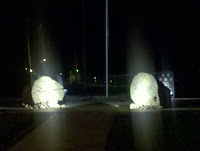 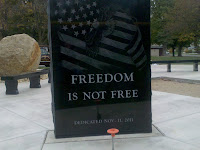 October 17, 2011--Two granite benches arrive at the memorial from Abel Vault and Monument.

October 7, 2011--Anchor reaches it's final resting place.  From Virginia to Tremont, Illinois weighing in at 11,300 pounds. 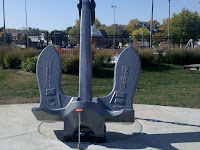 September 30, 2011--Grass planted on September 20 pokes through the ground. 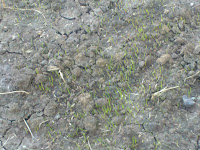 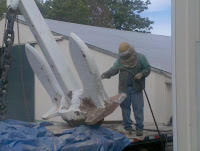 September 17, 2011--The sidewalk was poured using 4 yards of concrete.

September 15, 2011--The boulders were moved to the memorial site. 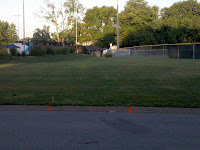